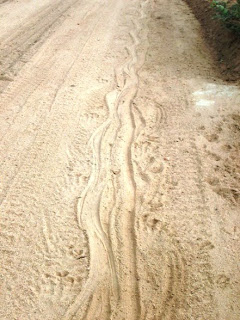 While searching for Bugbears today, I came across these tracks.


They followed the road for about 200m before veering off into the bush towards the dam.
At first I was completely baffled. They look like crocodile tracks but something isn't right. The curving line you can see on the left was made by the crocodile's tail, swinging back and forth as the animal walked. And on either side of the tail line you can make out the reptile's foot prints. But why are there two gouged lines?
A crocodile with two tails? Two crocodiles walking in single file?
It took me a while to figure it out, and then I felt stupid for not realising immediately: the crocodile was carrying something which was scraping along the ground.
It's not unusual to find crocodile tracks here, because the animals use the roads to move between rivers and dams. They can travel long distances, especially to exploit to temporary water bodies. 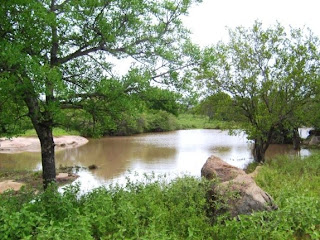 This dam in Bugbears' territory is about 2 km from the nearest water, and it dries up completely each winter. But within 24 hours of it refilling (at the start of the wet season), a large crocodile always moves in.
If disturbed far from water, crocodiles pursue the strategy beloved by tortoises and chameleons everywhere: they freeze and try to blend into their surroundings. Their camouflage is surprisingly effective out in the bush (and I've got the scars to prove it) but less so on the road. Several times I've come across large crocodiles stretched motionless across the highway. I think, 'Oh my God, it's been run over!' and start madly worrying how on earth I can get an injured crocodile to the vet. But as soon as the traffic is gone, the croc just gets up and marches off. And you'll be amazed the length to which motorists will go, NOT to run over a 3 m crocodile!

I don't know what today's crocodile was carrying at Bugbears, and I don't really want to think about it. The photos below will help your imagination conjure up images as vivid as my own. These pictures were taken by visitors to Kruger National Park (which is just next door) and posted on the Public Sightings Gallery at the South African National Parks' website. Check it out: it's amazing what people get to witness. 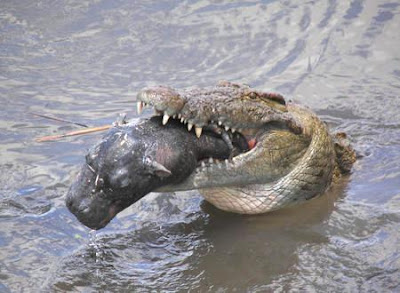 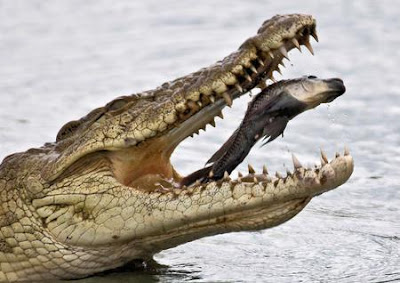 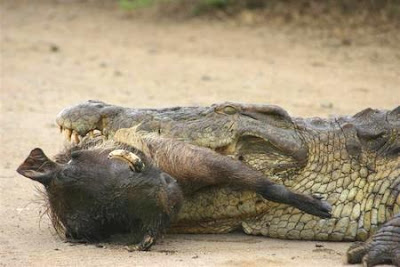